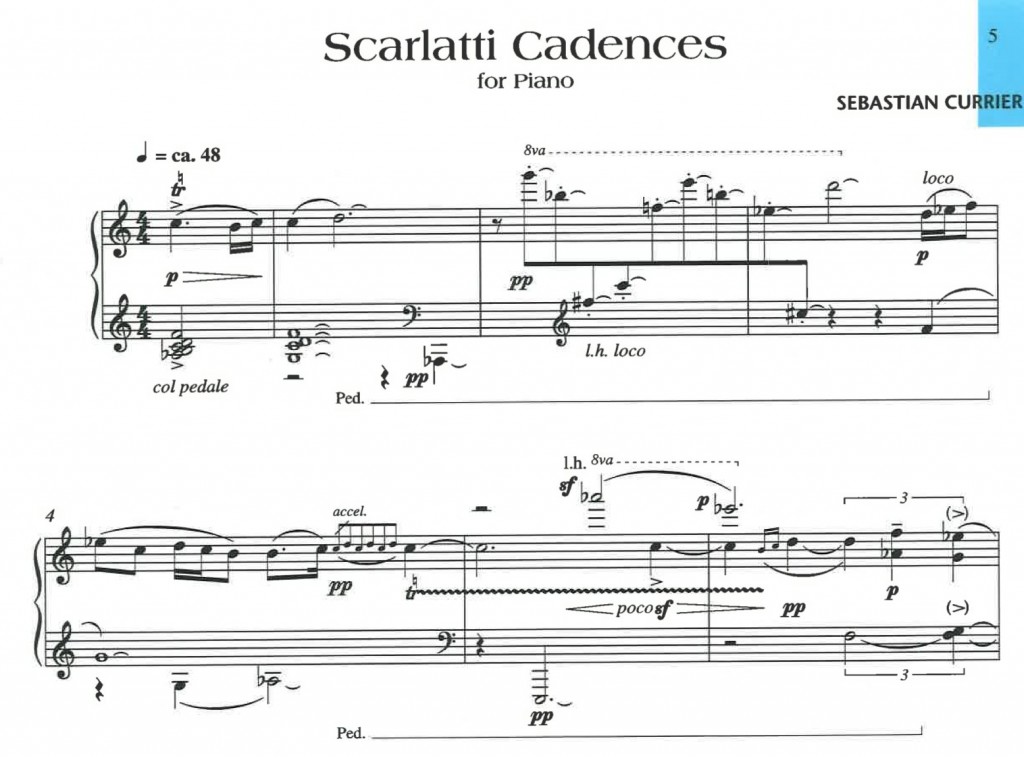 There’s a curious contrast of two pieces here. The second, “Brainstorm,” is almost a perpetuum mobile of rapid sixteenths in both hands, punctuated by loud chords. It echoes, and emulates, the “Danse Sacrale” from the Rite of Spring: measures in 13/16, 11/16, 4/8, 5/8, etc. But Currier’s emulation is dry and formalist: the harmonic density of Stravinsky’s work is absent, and the “savage” syncopations are flattened into rushing sixteenths. It’s almost like a rhythmic abstraction from Stravinsky’s piece.

The first half of this, “Scarlatti Cadences,” is in A:B:A form, beginning and ending with slow passages (quarter note = 48) that quote and elaborate on actual figures in Scarlatti. They aren’t all final cadences, but parts of sequences, and cadences leading to caesuras. Currier collages them together, and adds grace notes high on the keyboard, which Scarlatti never would have done. The result is a kind of tour of plaintive, minor, and unresolved moments in Scarlatti. The middle, B section is a fierce allegro section (dotted quarter note = 120) in 6:8, which develops some simple sequences and chords into a kind of mad schizophrenic Scarlatti improvisation. It plays with Scarlatti’s jumps, including some very postmodern leaps up and down the keyboard, and Scarlatti’s cluster chords, and it doesn’t resolve or slow at all–it just suddenly gives way to the closing section. Like the “Brainstorm,” it creates an odd effect, as if Scarlatti and Stravinsky were put through a minimalist algorithm, stripping them of forward momentum and harmony and leaving their energy and poignance. 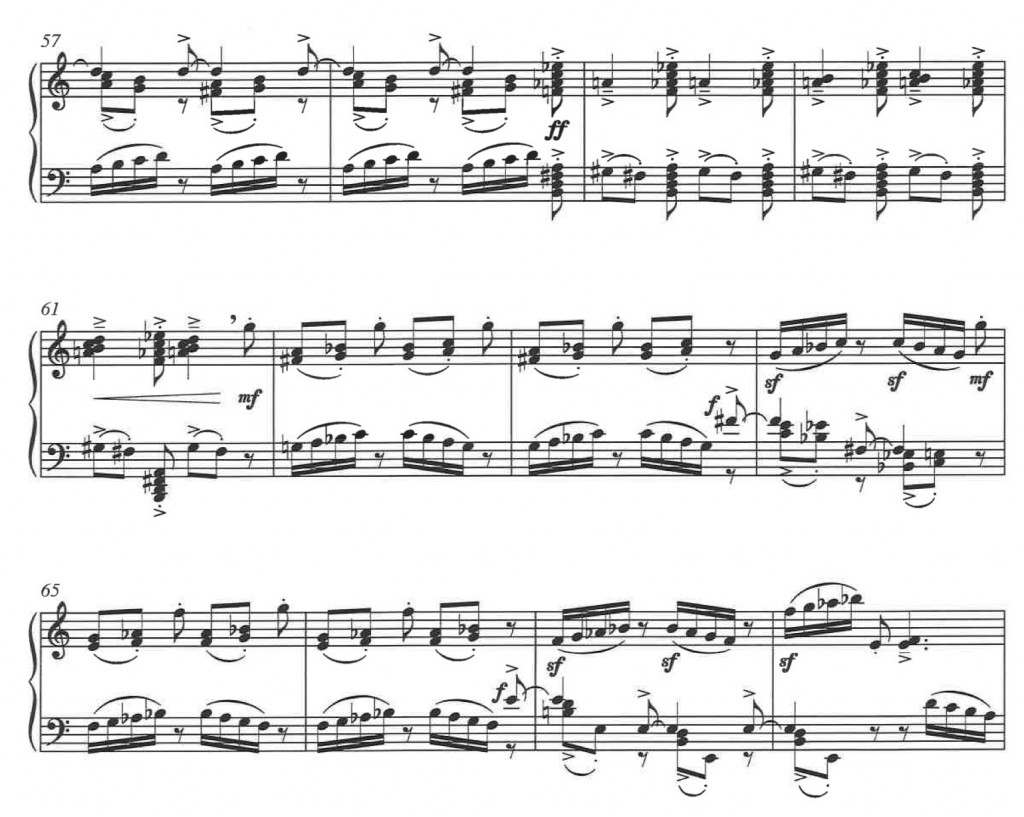 The most interesting thing is the odd contrast between the structures and allusions of the two parts of the piece. There is no easy way to describe the effect or intention of the contrast, except that it feels intentional (it does not feel like a fortuitous or flippant juxtaposition).

“Brainstorm” is a sort of short-circuited version of the middle section of “Scarlatti Cadences”: it’s what would happen if that already frenetic part of what we’re asked to think of as Scarlatti’s imagination became even wilder.