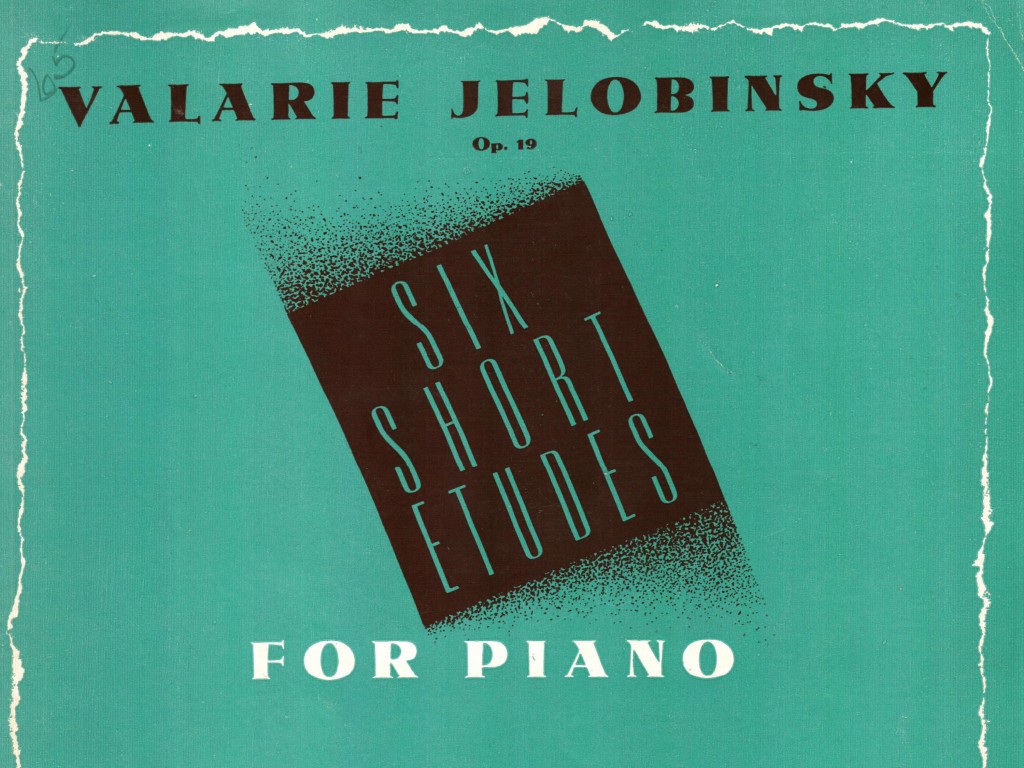 Valarie Jelobinsky (Valery Zhelobinsky, Bалерий Желобинский) is a forgotten Russian composer of the first half of the 20th century. There’s a brief Wikipedia entry on him, noting he died young (his dates are 1913-1946), and that he was praised by Shostakovich. the Six Short Etudes, composed in 1933, were made famous by Horowitz and played by Oscar Levant, but as of 2014 there was only one recording of the first one, Toccata, on YouTube or iTunes. (It would be good to know how Horowitz found the pieces, and whether he and Levant played only the virtuoso pieces nos. 1, 3, and 5.) Zhelobinsky is fairly thoroughly forgotten: the site IMSLP has only the Twenty Etudes (1934), which I will post on separately.

The Toccata is en empty showpiece, but each of the slower etudes, nos. 2, 4, and 6, has an interesting character. There is a lovely Nocturne, no. 2, which involves some stretching in the left hand. It may owe something to Bartók’s Sonata (1926) or even to Cyril Scott’s Cavatina (1914), but it is tempered by neoclassicism. (incidentally, the quirky hand-lettered fingerings are typical of the period: click through to the high-resolution scan.) 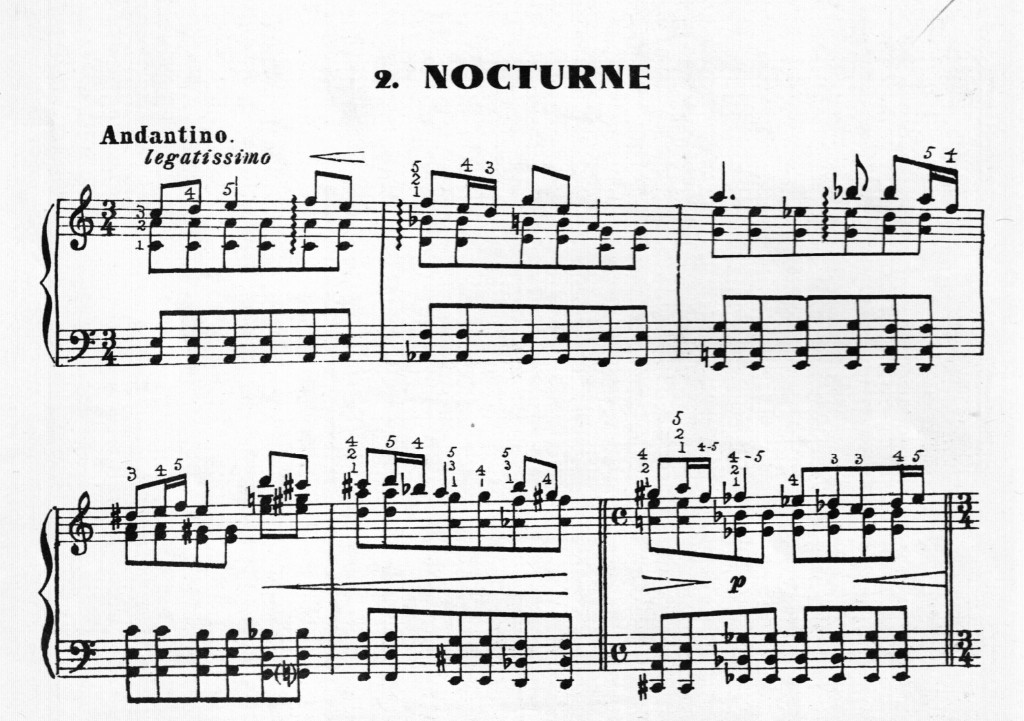 No. 4, Reminiscence, is a Chopinesque piece that also owes something to Stravinsky’s Serenade (1925):

And the set ends with a very neoclassical Recitative in intermittently polyphonic running sixteenth notes: 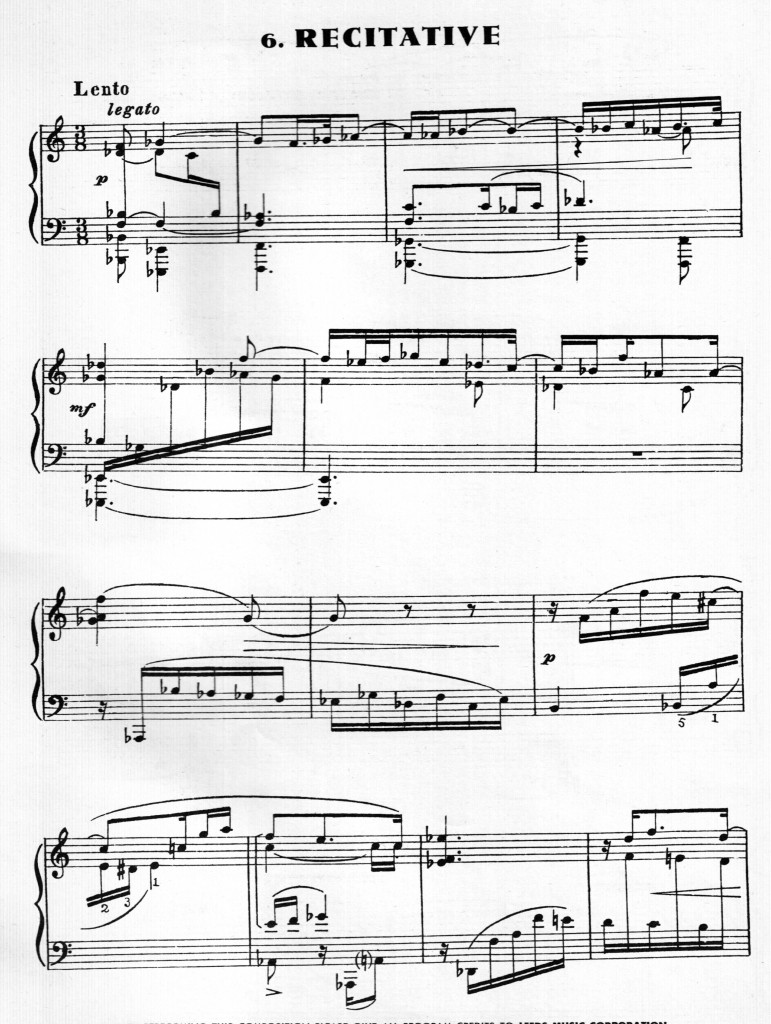 It would be good to know more about Zhelobinsky, and to have a better sense of the range and limits of his neoclassicism.